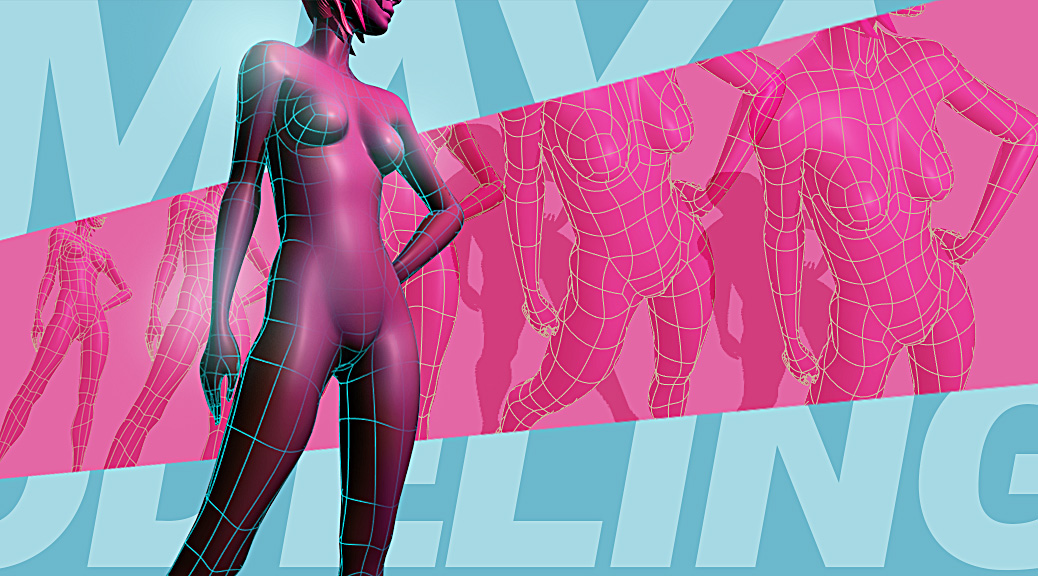 So the first character modeling vid I published on YouTube still gets tons of hits… but it’s a bit long in the tooth. So here is the new improved version, updated for Maya 2016!

Seriously though, I model on top of brand new image reference. I hired a model to pose for some photos, she was a huge help and a good sport.

In general, the better quality the image reference we start from, the better our final results will tend to be.

Modeling the male and female bodies takes a very different approach. Despite the fact that we all have the same bones and muscles, there are significant structural differences between the sexes. A few rules of thumb:

When it comes to the two sexes, I find my approach is different for men and women.

The male form tends to emphasize complexity and detail – think exaggerated musculature bulging all over the body. To this end, I like to block out the basic form quickly, and then get sculpting quickly, to add detail everywhere.

The female form tends to emphasize simplicity and subtlety- as a contrast to the male form, we don’t expect to see a lot of muscular shapes. Instead, we expect to see long areas of smoothly flowing detail, interrupted occasionally with subtle hints at detail.

That means that when creating women, I like to spend a lot of time in the modeling stage, because that is where the bulk of the work happens. Consequently, the sculpting stage is much shorter than it is with a male mesh.

And now, without further stalling for time, the video:

Or, you can download the completed character model here! From a learning standpoint, there’s no substitute for actually being able to inspect the model itself.