You’ve got a Maya 2018 file, but you need to import it into Maya 2014. Just trying to open it in 2014 doesn’t work. And if you export it as an FBX, you might lose a lot of important data, like lighting, materials, deformers, etc.

But there is a trick to convert Maya files to open in old versions of Maya!

Getting Maya to work properly always feels like a wrestling match. For a minute, Maya had an ‘ignore version’ feature option for opening files. That was great! But I guess it was too useful, so Autodesk immediately got rid of it.

That’s too bad, it would allow us to open .MB files easily! But since that is no longer the case, what can we do?

We need a .MA, or a Maya ASCII file, to convert Maya files between versions. Save your new file as a .MA instead of the default .MB.

Once that file is saved, edit it with any text editor – Notepad, Wordpad, even Microsoft Word. It will look like this: 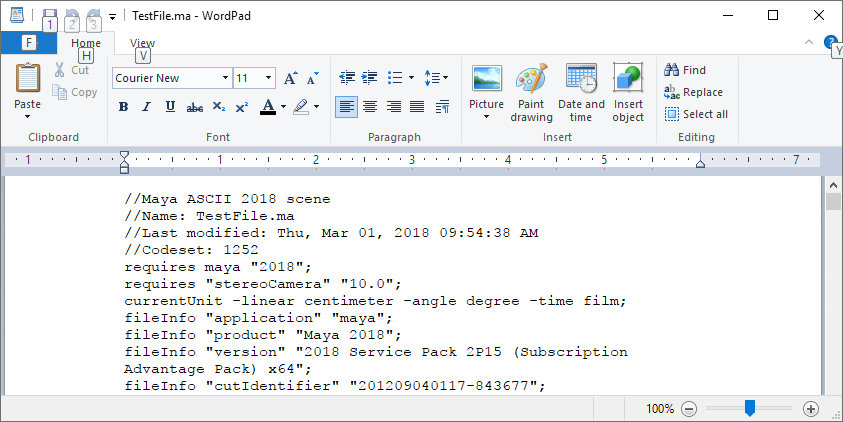 Now, we just need to select everything that references the version of Maya, in this case, 2018: 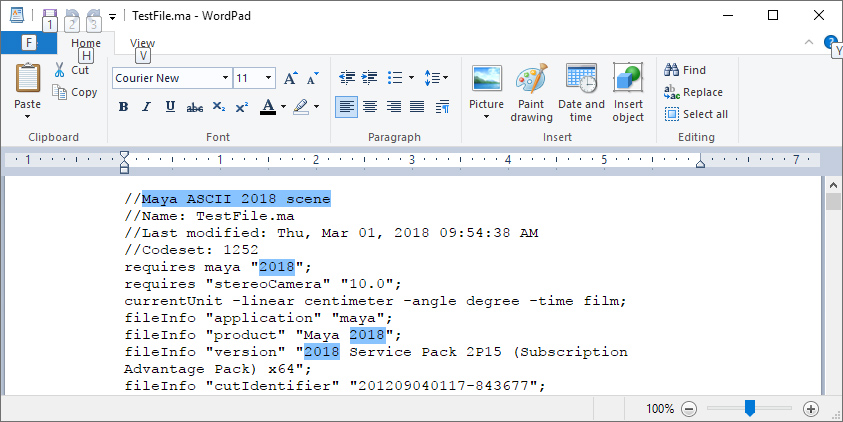 Then simply replace that number, with the version of Maya you want to open the file in. In this case, I’ve chosen 2014: 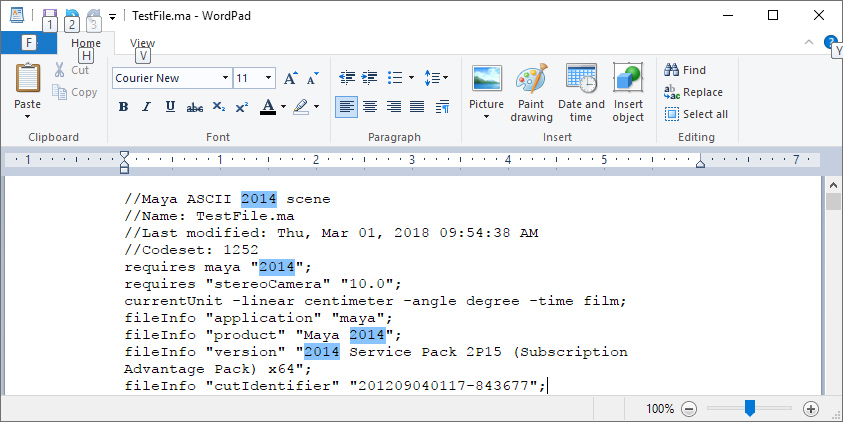 Now your file will open in an earlier version of Maya! It’s that easy.

Of course there are limits to this. Any feature that the older version of Maya doesn’t support, won’t show up.

For example, if you have a character skinned with the new Delta Mush deformer, that won’t show up in any version before 2016.

When Maya encounters stuff like this, it usually just deletes the offending object. You’ll get the rest of the scene, but anything using ‘future tech’ won’t work!

Generally this trick works best when you’re only one generation removed – going from Maya 2018 to 2017, for example. Theoretically you could take it back to a version like 2012, but who knows what would show up!

However, regular shaders, lights, bones, keyframes, and the usual assortment of tools are pretty consistent from version to version. Those should all show up fine!

So if your school/work computers are 2018, and you haven’t upgraded your home PC yet, this is one way to transfer files back and forth.

One thought on “Convert Maya files to open in older versions of Maya!”