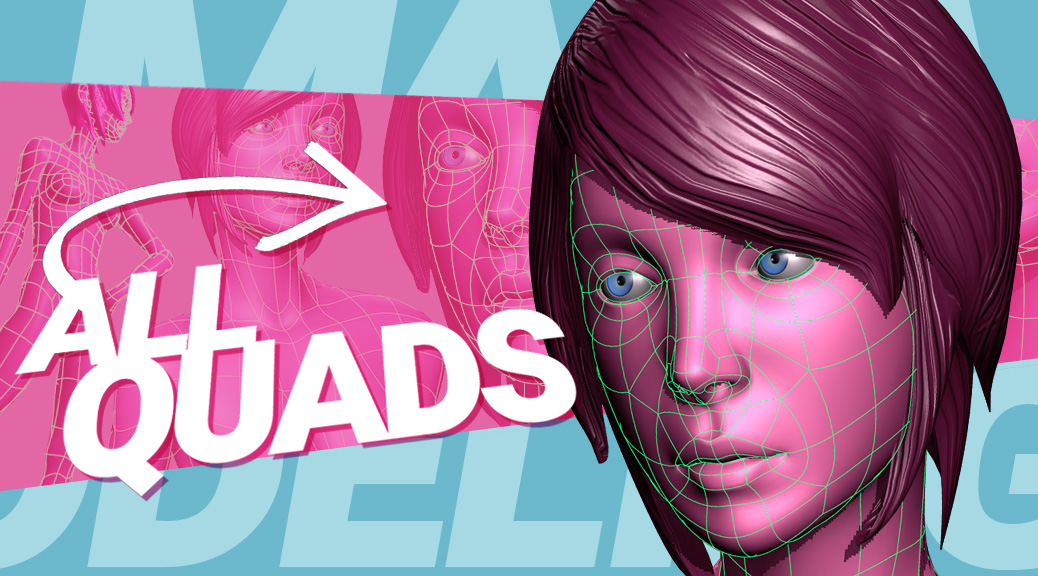 Have you noticed that modeling heads and faces is really hard? So have I! Here’s why:

All people, not just artists, are really good at analyzing faces and facial expressions. Because we’re social animals! Being able to do that helps out with the whole ‘socializing’ thing. I assume because it prevented our ancestors from being eaten by bears or something.

The problem is, this ingrained ability makes our job as artists difficult. Modeling a head is the single most difficult character modeling task there is!

So how do we approach the head modeling process to make things easier?

First we need to nail down the basic shape. Modeling a head, as opposed to sculpting one, is a great way to learn the basics of anatomy for the head.

Being able to correctly place the ocular orbit, and the way it connects to the cheek, is important. Similarly, knowing how the cheeks stretches from the cheekbone to the jaw is vital. And so on and so forth.

When modeling, we can’t fake our knowledge of anatomy. Because we can’t just get the shape right – we also have to build topology that agrees with the overall flow of the face at the same time!

When it comes to modeling the head, we need to understand the relationship between the bony shapes of the skull, and the softer muscle/tissue shapes:

The bone structure of the skull creates the primary framework for the head. And the soft tissues stretch over that frame, creating the recognizable parts of the face.

But getting the basic shape laid out is only the first part. If we want to create a pretty female face, well, that is another order of magnitude of difficulty we are tackling – just like modeling a likeness!

My Maya 2016 female head modeling tutorial on YouTube goes in depth on creating the basic shape for the face. The extended cut tutorial goes more in-depth to creating an attractive face.

Get the image planes I used here! High-res image planes are important, because we need a high level of precision for the modeling of a head, much more so than on the body.

Get the EXTENDED CUT video tutorial here! The extended cut is longer and more detailed, and I spend a lot more time talking about anatomy, and polishing the shape of the face to look more appealing. Check it out.